Each presenter will have 5-8 minutes to establish their position and then a 2-3 minute rebuttal.

Then we will open it to a discussion from the audience. 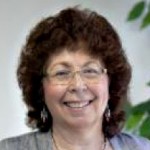 Dr. Emily A. Keshner is currently Professor and Chair of the Department of Physical Therapy and Professor of Electrical Engineering and Computer Science, at Temple University. She is Director of the Virtual Environment and Postural Orientation (VEPO) Laboratory at Temple University, which was developed for both experimental and clinical testing of postural reactions within a simulated dynamic visual environment. The laboratory was one of the first to incorporate a dynamic balance platform with a virtual reality CAVE. Her laboratory studies several populations including healthy adults and those with balance problems and central nervous system disorders, such as stroke and cerebral palsy, to understand how control parameters change with age and neurological deficit. Dr. Keshner explores how conflicting sensory feedback demands influence the ability to organize effective postural behaviors and the computational processes used by the CNS to match conflicting environmental demands. Neural and biomechanical components of complex, whole body movements are examined during postural and orientation tasks. The overall goal of this research is to develop new treatment interventions that will effectively reduce instability and falls in aging and clinical populations. Dr. Keshner has been continuously funded from the National Institutes of Health since 1989, and is past-President of the International Society for Virtual Rehabilitation and the International Society for Posture and Gait Research. 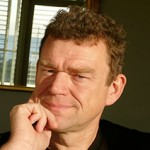 As director of SPECS, a multidisciplinary group of 30 pre-doctoral, doctoral and post-doctoral researchers that includes physicists, psychologists, engineers and computer scientists, Dr. Verschure works on biologically constrained models of perception, learning, behaviour and problem solving that are applied to wheeled and flying robots, interactive spaces and avatars. His aim is to find a unified theory of mind, brain and body through the use of synthetic methods and to apply such a theory to the development of novel cognitive technologies. He has pioneered novel VR based augmented feedback systems that are applied to the rehabilitation of a number of pathologies including stroke, TBI and Alzheimer’s disease. Dr. Verschure has developed interdisciplinary research in the domains of technology, cognitive science and humanities. The following list describes the research fields where he has worked most intensely: Cognitive Sciences and interactive systems, Artificial Intelligence, Computational Neuroscience, Mixed/Virtual reality, Hybrid Systems, Robotics, Psychophysiology, Neuro-rehabilitation, Creativity and Interaction.