The discussion will elucidate current barriers to moving from efficacy to effectiveness in the use of upper extremity virtual reality (VR), video game and robotic interventions. I anticipate that the discussion will include issues such as the lack of sensitivity of clinical measures used to assess these interventions, whether we need to develop a standard battery of outcome measures for better comparison among studies and whether our technological interventions are grounded well enough in a theoretical framework? Achieving consensus will aid in the eventual implementation of these novel technologies.

John Krakauer Md is currently a Professor of Neurology and Neuroscience and Director of the Brain, Learning, Animation, and Movement Lab (www.BLAM-lab.org) at The Johns Hopkins University School of Medicine. His areas of research interest are: (1) Experimental a​nd computational studies of motor control and motor learning in humans (2) Tracking long-term motor skill learning and its relation to higher cognitive processes such as decision making. (3) Prediction of motor recovery after stroke (4) Mechanisms of spontaneous motor recovery after stroke in humans and in mouse models (5) New neuro-rehabilitation approaches for patients in the first 3 months after stroke. He has also co-founded two video gaming groups called Max and Haley and KATA, which are based on the idea that animal movement based on real physics is highly pleasurable and that this pleasure is hugely heightened when the animal movement is under the control of our own movements. This synchronized mapping between a virtual animal’s complex movements and our own simpler movements is a cognitive interface of huge potential as it harnesses mechanisms of embodiment, playful motor exploration, and captures the hierarchical organization of the motor system itself. We would also argue that it is an experimental prototype of what lies at the heart of playing and observing sports and dance. A simulated dolphin and other cetaceans have now been made available by Max and Haley in a game called “I am Dolphin” available on the App Store. The technology is also being developed by KATA to prepare therapeutic games that will be interfaced with an FDA-approved 3D exoskeletal robot in BLAM-lab in preparation for an upcoming trial.

Mindy Levin’s PT PhD research focuses on the understanding the mechanisms of motor control and motor learning, especially as they apply to the damaged nervous system. This includes applied research on sensorimotor impairments after neurological injury or disease, specifically related to upper limb control and spasticity as well as effectiveness research of new interventions for arm and hand sensorimotor recovery after neurological injury, including task-oriented therapy, trunk-restraint therapy and interventions using virtual reality technology. Studies focus on children and adults with neurological injury such as cerebral palsy, stroke, Parkinson’s disease and vestibular deficiency. 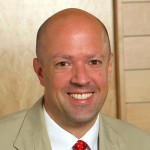 Stephen Page OT PhD develops and tests therapies to increase function and independence after stroke and other neurologic diseases. He also applies various neuroimaging and molecular techniques to understand how, why, and in whom these approaches are most effective. He has held uninterrupted extramural funding to support this work for over a decade, and has produced many “firsts” in neurorehabilitation, developing and showing efficacy of mental practice, portable robotics, modified constraint-induced therapy, functional electrical stimulation, and several other innovative strategies in stroke. He has published over 100 peer reviewed publications, has delivered over 200 lectures nationally and internationally, and has served as guest issue editor for 12 special issues of journals since 2001, including The Archives of Physical Medicine and Rehabilitation, The American Journal of Physical Medicine and Rehabilitation, and The Journal of Head Trauma Rehabilitation. Dr. Page is Associate Editor of The American Journal of Occupational Therapy and is on the Editorial Board of ​The Occupational Therapy Journal of Research and is a fellow of both the American Heart Association and The American Congress of Rehabilitation Medicine.

Valerie Pomeroy PT PhD is Professor of Neurorehabilitation and Chair (UEA) of the Acquired Brain Injury Rehabilitation Alliance (University of East Anglia and University of Cambridge).  Her research focuses on the restoration of movement control and functional ability of people who experience neurological deficits.  Current and recently completed trials include FAST INdICATE and SWIFT Cast both of which combined efficacy and mechanistic investigations.  International activity includes: membership of working groups who have, and who are working towards, consensus for research and clinical practice to enhance rehabilitation outcomes for stroke survivors.  Professor Pomeroy is an Associate Editor for: Physiotherapy; Journal of Neurologic Physical Therapy; and Neurorehabilitation and Neural Repair.