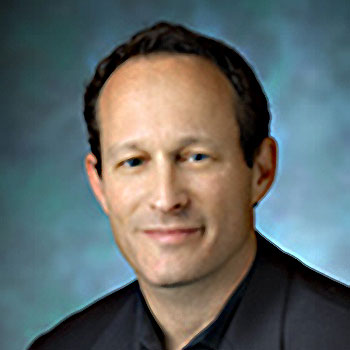 Director of BLAM Lab, Co-founder of the KATA Project
Professor of Neurology and Neuroscience
John Hopkins University School of Medicine

John Krakauer is Director of the Brain, Learning, Animation, and Movement Lab (BLAM-lab) at The Johns Hopkins University School of Medicine. His areas of research interest are: (1) Experimental and computational studies of motor control and motor learning in humans (2) Tracking long-term motor skill learning and its relation to higher cognitive processes such as decision making. (3) Prediction of motor recovery after stroke (4) Mechanisms of spontaneous motor recovery after stroke in humans and in mouse models (5) New neuro-rehabilitation approaches for patients in the first 3 months after stroke. He has also co-founded a video gaming group called KATA, which is based on the idea that animal movement based on real physics is highly pleasurable and that this pleasure is hugely heightened when the animal movement is under the control of our own movements. This synchronized mapping between a virtual animal’s complex movements and our own simpler movements is a cognitive interface of huge potential as it harnesses mechanisms of embodiment, playful motor exploration, and captures the hierarchical organization of the motor system itself. We would also argue that it is an experimental prototype of what lies at the heart of playing and observing sports and dance. The simulated dolphin has now been interfaced with an FDA-approved 3D exoskeletal robot in BLAM-lab in preparation for an upcoming trial.